Ghosts, witches, monsters—Halloween can be scary. Decorating, carving, planning—Halloween is a time for panicking. It certainly is if you are Scaredy Squirrel. Halloween is dangerous. There are carnivorous plants, haunted houses, and pumpkins! What’s a squirrel to do?

Therefore, Scaredy Squirrel has put together a book of helpful tips* and instructions to help guide you and your child through common Halloween obstacles—such as goblins, dragons, and pumpkin carving.

First, did you wash your hands? There’s dirt, and where there is dirt, there is germs. Are they clean? No sticky fingers. That’s why you read this book before you unwrap your candy. Also, it’s important to use only fingers: this safety guide is not to be handled with tentacles or claws. You might get the pages wet, or tear them, and that might mean you aren’t human, and that would be scary.

You need a danger-proof plan. Do you have a dog? Not a problem. Get a dog house. This will create the illusion that your house is well-guarded. Werewolves will not be a problem, and a scarecrow will scare witches. Garlic will keep those pesky vampires away. Vampires and witches aren’t real, but you can’t be too careful.

Decorating should be fun and not scary. Carving Jack O’ Lanterns is part of the holiday, but be safe. Don’t use your dad’s chainsaw. You can draw a face with marker, or get a grownup to remove the seeds and then you can carve your lantern with a sturdy plastic knife. A flashlight will give it a ghostly glow, and be safer and last longer than a candle.

Picking a Halloween costume is no easy task. Zombie or ghost? Hero or villain? Makeup vs. mask? There are so many choices, so little time. It’s no easy task. You might want to start thinking about it in June. I do!

Crossing the street for candy can be risky. Watch out for flying saucers and cars. You are going to want to look both ways before crossing the street, and avoid bodies of water. There could be sea monsters. Be polite and smile when you knock. It goes a long way and there’s a sweet reward waiting.

You are going to want to know your candy. There’s chocolate, hard candy, sour candy, and then there’s candy corn. Each has pros and cons. Make sure you have a solid plan for your candy transport and have parent or trusted adult give the stamp of approval. A few examples that do not pass inspection: expired candy, or salamanders stuck to your candy corn.

The more you know, the safer you’ll be. Apples are a frightening fruit. Apples have a really bad reputation in fairy tales, and bobbing for apples was made popular by piranhas. Knowledge is power. If you meet the Mummy, just make him turn in circles. He always gets tangled.

Vampires can’t see their own reflection. So, you can just hide behind a mirror. Ghosts are known to be cold. Bring a sweater and stay warm. Remember enjoy the festivities, and don’t forget what I said about the apple bobbing. Now, where is my mask???

*Scaredy Squirrel Prepares for Halloween, with a little help from author Melanie Watt

Prepared? or Scared? Email me at from_my_shelf@yahoo.com and let me know. Miss a past column? You can did up the past at http://frommyshelf.blogspot.com Hobo, Bookstore Cat, has his Halloween costume all picked out. He’s going as a ninja. If you don’t see him, you know he was there. Have a happy, safe Halloween… 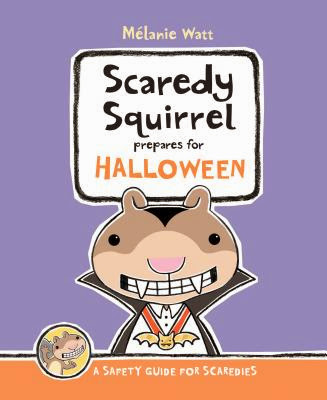 Season of the Witch

What is a witch? Ask anyone and you’ll be provided with a description. Pointy black hat, big wart, black cloak, flying on a broomstick—you know a witch. From the Wicked Witch of the West to the Salem Witch Trials, it’s clear that witchcraft has left its mark on American culture.

Pennsylvania has many historic accounts of witches and witchcraft. One reason is indirectly tied to the founder of the state, William Penn. Quakers are known for tolerance of religious beliefs. This relative freedom of religion attracted numerous immigrants who were members of both traditional and obscure religious sects.

These immigrants brought a strong tradition of belief in the supernatural and witches. In later years, other settlers came bringing their own traditions and folklore. Many accounts of witchcraft have survived because of Pennsylvania’s long record of preserving its history and folklore.

But who were the witches? Some consider those who use any magic to be a witch, but witchcraft in Pennsylvania exists as part of the larger system of folk healing and supernatural belief. A person labeled a healer in one instance may be labeled a witch in different circumstances. These blurring of lines make the study of witchcraft difficult.

It was difficult to defend against charges of witchcraft. In Europe, witch trials often ended in execution. That was not the case in Pennsylvania. William Penn himself judged Pennsylvania’s only official witchcraft trial.

Historian Thomas White overviews the role of witchcraft and associated folk beliefs in Witches of Pennsylvania, Occult History and Lore. He starts in the colonial period with William Penn’s handling of the state’s first witch trial*.

He also covers the Pennsylvania German traditions of powwow and hex. The belief in folk magic was integrated with their Christian beliefs for most Germans. Occult ideas were more accepted in Germany than England.

There was the practice of Brauche which is more commonly known as powwowing**. Powwowers perform a magical-religious folk healing and claim to draw healing power from God. They provided relief from symptoms, protection from evil, and removal of hexes. They also located lost objects, animals, and people.

There was also the Hexerei, who used dark magic beyond the normal use of a folk healer. This witch would commit acts of supernatural power drawn from dark forces. These hexes would be cast for a price, or out of revenge. For many, the line between witch and powwower was not sharply drawn.

The meaning of the colorful Pennsylvania German barn decorations known as hex signs has long been a source of controversy. Popular opinion holds that these signs are a form of supernatural talisman, though most academics believe that they were purely decorative. It may simply be that some people ascribed supernatural significance to hex signs and some did not.

In the early twentieth century, the practice of witchcraft and powwow came to be viewed as a threat by professionals. Doctors sought to educate citizens and eradicate such practices. Doctors believed such treatments would cause harm.

The rise of American Consumerism after World War II began to blur regional and cultural differences. The witches were tied to the ethnic cultures of their parents, and fewer of the younger generations showed interests in learning the old ways of healing. It seemed out of place in the suburbs.

Still, the practice has not died out and in recent years has made a comeback as interest in the supernatural has grown. For many young people, the witch has entered the realm of urban legend. For some, German magical beliefs are still alive in the modern world…

*It’s said that Penn commented that there was no law against riding a broomstick.

**Not to be confused with the Native American ceremony of the same name.

Which witch is which? Email me at from_my_shelf@yahoo.com and let me know. Miss a past column? The past is present at http://frommyshelf.blogspot.com Help Hobo the bookstore cat go to the Super Bowl. Visit his Facebook page to find out how… 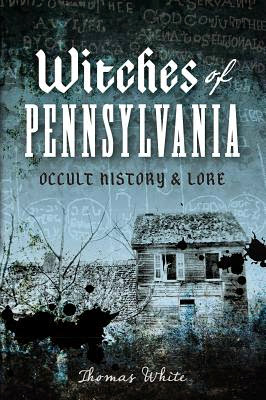 
“Kasey, is Shackleton’s Endurance in memoir or history?”

“It’s in biography and memoir. I just saw it there yesterday.”

“It’s not there. Did you remember to leave out a bowl of milk for the book gnomes?”

“I did right before we closed up last night, but I think Hobo drank it before we left.”

It can be hard to know where every book is in a bookstore. Sometimes there are several right categories to place a book; sometimes a customer will put a book back in the wrong place; and sometimes mischievous creatures will play tricks – no, really.

Everyone knows the story of Rip Van Winkle, the American colonist who is challenged to a drinking game by the “ghosts” of Hendrick Hudson and his crew. Rip drinks some of their liquor and falls asleep for twenty years in the Catskill Mountains.

Washington Irving’s tale was actually based on ancient stories of “fairy abduction” in which the Little People take mortals into the land of Faerie where time flows differently. He based his story on a folktale from the Orkney Islands off Scotland.

Native Americans, however, have similar legends. Perhaps there is more truth to the legends than you believe. The Algonquin speak of the Memegwesi, hairy dwarfs that dwelled on riverbanks. They would only appear to those pure of spirit, which usually meant children. This idea is quite similar to Celtic legends of faeries.

Human beings around the world have stories of a race of naughty little folk who play tricks and sometimes cause injury. There are tales from the Far East, South America, and even Australia. If a legend is so universally believed, could it have basis in fact?

Bruce G. Hallenbeck, author of Monsters of New York, believes the key to this mystery may be connected to more recent stories of alien abductions. There is the “missing time” element that is present in both alien and fairy abductions. There are also similarities in appearance between fairies and aliens.

Faeries are described as diminutive beings with large staring eyes. Some reports of alien abduction include descriptions of small creatures holding “power rods” used to paralyze abductees, just as fairies were thought to carry magic wands.

Fairies often dwell in “fairy mounds” in the forest. UFOs are allegedly often seen sitting on the ground in the woods at night. In fact, author Whitley Strieber’s alien abductions began around his isolated cabin in the Catskill Mountains—the same area that Rip Van Winkle took his twenty year nap.

After reading Monsters of New York, I’m convinced that the Empire State is teeming with monsters, from Bigfoot in the Adirondacks and the Catskills, to sea serpents in the depths of Lake Champlain. There’s alligators in the sewers of New York City, and don’t forget the big cats of unknown origin, and the genetic monstrosity that is the Montauk monster.

I’m just going to put out a fresh bowl of milk and shelve Monsters of New York next to Monsters of Pennsylvania so that I will know just where it is. Hey, there’s The Endurance. Now has anyone seen Hobo? Hobo! What are you doing on the shelf, and why are you tied up in shipping tape???

Bigfoot? Or Little feet? Email me at from_my_shelf@yahoo.com and let me know. Miss a past column? It’s no secret. You can seek them all at http://frommyshelf.blogspot.com Looking for a cat with big feet? Check out Hobo, the polydactyl, and Wellsboro’s most famous cat…